I'd Walk A Mile To Be Bicameral 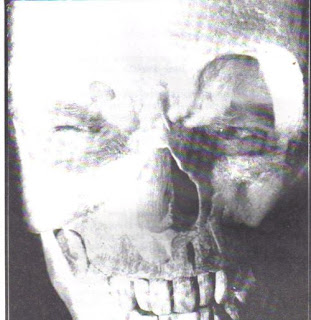 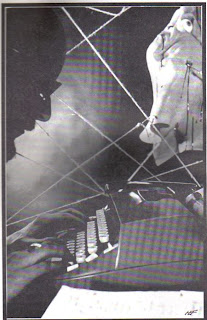 I always seem to self-correct myself, and I do not think it is from being bipolar. Here's the deal, friends. One of my major health problems is the fact that my head cannot be kept steady, it lolls to the right side, I think because it gives my good left eye a greater range. But my neck eventually goes wacky, the blood vessels constrict, and then I get all loopy. Well, loopier. Tomorrow I will get an anti-inflammatory injection in my neck with a needle that reaches to the bone, an inch or so from my carotid artery, and for a week or so, as with the injections in my back, I get to be part of the human race again. But by pure happenstance, I read about psychologist Julian James and his theory of the Bicameral mind. He postulated that up until about 3,000 years ago, humans did not have the thought process of a unicameral mind, i.e., instead of having a series of connective thoughts in one's brain, it was more like thinking was a series of visions or hallucinations. Some thought them religious visions, hence the Epic of Gilgamesh, writer still unknown. So why do I feel so dastardly one evening, wanting to get on that Greyhound to Portland and hang myself from the Willimantic Bridge, and then keep dog paddling with my head above the water when I know damn well I'll start sinking again and again. That's why all my stories, the good ones, are narratives. Maybe when my neck is the way it is, sometimes worse than it is now--watch videos of me at conventions, I turn my head and it looks like a bowling ball with ears dropping into the gutter--I just get these dark moments so that I can blurt them out onto paper. Or this inhumane computer thing. When I am this low, I could give a damn if I'm relegated to being a "writer unknown" like the person who envisioned Gilgamesh and his buddy Enkidu. Crazy person in residence, Wayne Allen Sallee AKA The Insane Unknown
Posted by Wayne Allen Sallee at 4/22/2007 10:09:00 PM

your not the insane unknows....not ever again;)
I cant say I know how you feel, I know I hav been low, I have tried stuff to die....but in the end...we all have to do what needs to be done.
Ek is jammer maaikie...ek is jammer jy voel so:)
Lief jou
Me:)

Julian Jaynes, surely. Jaynes's notion of God-Speak springing from the still-unhooked two-brain guys of 3-Plus millennia past just whacked me silly back in the late 70s or so.

Great post. I don't have anything to expand or expound. Hope the shot goes well.

The bicameral mind concept is a great one. But very philosophical. I don't know how we would ever prove it, but it's fascinating. In a way, of course, schizophrenics show much the same thing.

The worst part about being under is the feeling you'll never be up again, yet when you're up, there's always a niggling awareness that the drop is there... just biding its time. It sucks.

But your friends are here with lifejackets in hand, ready to toss one out.

Thank you so much for visiting my blog.

Just hang in there, I haven't gotten to the part in my story where my son's dad had a really bad surgury in his right arm. They put nine pins in it and told him he would never be able to raise it higher than his waist. He refused to believe that, would go in and get a shot in his neck to paralize something or other to break down the scar tissue. He never gave up and regained full movement. Keep positive even though it's hard,

I have a damned near blind right eye. I always noticed when looking at photographs of myself, that I lean to the right. So I assumed I held that shoulder down because of the eyesight problem.

A few years ago, one of my older sisters sent me photographs of my Jewish grandfather...who was disowned by his family for marrying my gentile grandmother. He was this massively muscled acrobat who had a most unusual act (he sometimes opened for Houdini), going through a series of acrobatic maneuvers...and then ending the act as a singer.

At any rate, in the photographs of this iron-muscled cat, he's leaning to the right...just as I do. And from what I know, he had perfect eyesight. So it looks like I stand with that posture due to some other genetic reason than my shitty bad eye.

Hope the shot brings you relief.