We Even Lost Superman 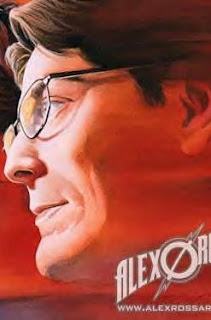 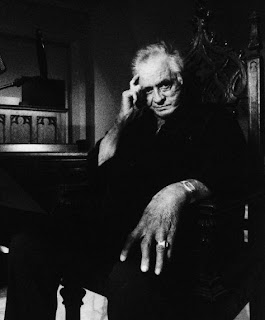 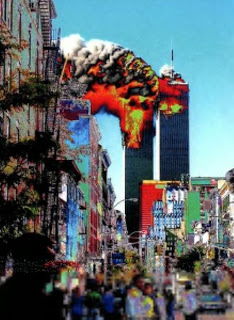 Etain had an interesting blog dealing with a book on writing prompts that she talked at length about in her usual brilliant multiple personality stream-of-consciousness way. What was interesting, though, was the majority of comments men made about what makes men cry. I was emailing both Sid and Dan earlier, and the thought kinda stayed in my head. I cried after 9/11, but not until I had a complete meltdown about two weeks later, when the reality of our new century sucker punched me. I wasn't able to write for weeks. I worked it through by writing a story which involved my niece Ashley, titled "I'll Never Be Able To Protect Her Again." Many times my stories answer questions that need to be answered before I can move on. Also, there is a country and western video of Kenny Rogers singing his song "The Last Ten Years." (Sorry, Etain, that its not Headbanger Ball time). There's a line that goes "we lost Johnny and June Carter Cash, we even lost Superman." Then he looks up at a shooting star and says "We miss you, Chris." I can tell you forever about my love for the words and voice of Johnny Cash (who incidentally passed on 9/11/03), but the only other sucker punch I got this century (not counting my two muggings), was when Christopher Reeve died in October of 04. It was a Sunday and I saw it on AOL as soon as the screen blipped on. I wept completely before even reading the story as my dial-up computer brought the images up so slowly. Crap. I'm actually welling up now, quite seriously. In my collections of stories, I list those recently passed, and I added Chris Reeve to FIENDS BY TORCHLIGHT even though I never knew him. I always say "I'll catch up with you and tell you how everything else played out." I can take my border collie out later and we can stare at the sky together and I can tell him that one day I am going to meet Superman.
Posted by Wayne Allen Sallee at 2/18/2007 09:35:00 PM

I don't get emotional over the deaths of folk I don't know. Christopher Reeves seems like a nice guy with strong character. But I wouldn't waste emotions on a person who didn't know I even existed.

I quite enoyed FIENDS BY TORCHLIGHT.

I don't get emotional over the deaths of folk I don't know. Christopher Reeves seems like a nice guy with strong character. But I wouldn't waste emotions on a person who didn't know I even existed.

I quite enoyed FIENDS BY TORCHLIGHT.

I'm sure Christopher Reeve was a nice guy and had a strong personality. But I'll never understand why anyone would waste any time grieving over famous folk they don't know.

FIENDS BY TORCHLIGHT was quite good. Not quite to the level of the material in SCARLET SPONGE, but pretty damned good.

You need not know someone in flesh to feel the pain of their death.....we are human and sorrow is a part of our being.
I know that song(I sometimes listen too non heandbanging stuff)...and I cried, I cant listen to that song.......I am such a ninnie.
This was such a lovely post Wayne!:)

I keep thinking of another Kenny Rogers song that's kind of a companion to that one. It goes something like: "Life was so much easier 20 years ago."

Maybe it really was.

Very nice post, my friend. Sometimes the tears just come and it's hard to understand why. It's as if the Tao, God, Nature is crying through us. We're just instruments. And it can be beautiful. It reminds us how human, how caring we are.

A week or so ago, I wrote a post describing a visit to my mom's. I poured my heart into it. It ends with a profound sort of crying based on a welling of past memories brought on by food -- and yet it's so much more than food as you can see if you read the post.

Dozens of the folks who commented said they cried when reading it.

The crying is a simple reminder that we are all intimately connected in a gigantic web of humanity. And we all impact each other in ways we truly can't conceive. Mostly because we're not separate. We're all the entire works.

thanks, everyone for posting on this out-of-the-blue entry. hemlock robert smith(fantastic writer, people) i felt strange adding reeve to my book dedication, but i am afraid he might not be remembered in this world of celebrity deaths. as a cripple, i felt deeply for what he went through and how he still stayed in the public eye. thanks, everybody, for your opinions, as they are always appreciated.

I thought I was the memento mori guy around here. Next you'll be spouting John Donne. I'm going to start putting out a coffee can to collect dollar bills to send you to a strip club. (No dollar coins, please.) You should maybe start writing for Penthouse again.

... and of COURSE Kenny Rogers sang "Life was so much easier 20 years ago..." He was singing duets with Dolly Parton, snorting cocaine and Chivas Regal and raking in the dough! That's like me saying "life was better Saturday morning instead of Monday." Puh-lease.
Let's aim for a better life twenty years from now-- you and me, Sallee, the South of France and our second career as boulevardier and bad influence.

Darn it, Wayne. You made ME cry.

thank you, hawkeye! but i insist we skip france and go straight to london, preferably in the autumn months when we can wear trenchcoats.

kate, i'll say thanks again for the kind thoughts during our frigid week just days ago.