Tonight I Will Work On My Novel... 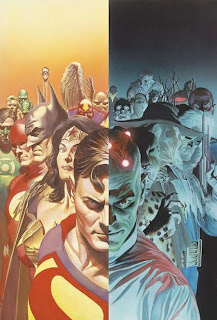 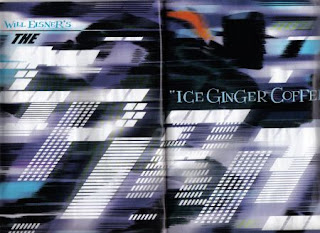 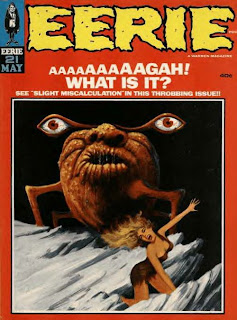 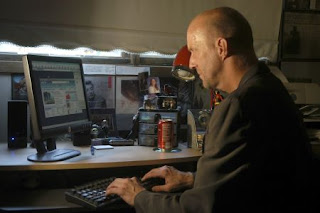 Said novel being CITY OF NEW SECOND CHANCES, starring Frank St. Cyr, Johnny Restivo, Ransom Holland, Chris the bartender and Scott the pool hustler at Uptown Jo's. Willy Sid and Lisa Sestina as the PIs (police informants). Blood Alley, Glengarry Townhomes, the Darlington Motel, and the vacant lot at Sunnyside and Agatite all ready for a dead body. But its 15 below with the wind chill, and I'm reading comics instead. So there you have it. What shall be my excuse tomorrow? A lost love (or royalty check)? Being hounded by Howie Mandel to co-host DEAL OR NO DEAL? Watching tonight's episode of HEROES again? Someone get on my @$$ about getting off my own @$$ and write this dang book already!!!!! Pleadingly, Wayne

Whahahahahahaha!!!!GET OFF YOUR ASS WAYNE AND WRITE THE DAMN BOOK!!!!

This is when self employment really can be a pain in the neck huh?

But that comic book picture at the top is soooo cool. I'd have a hard time getting any work done too.

If you don't write it, we're going to take your Steve McQueen toy.

I like the poster of the 'Ice ginger coffee', would it be part of the story?
I enjoyed reading your blog. will be back soon.

Not to be "unhelpful," but my mantra is, "A writer is always working." Even when he appears to be lazy his/her imagination is always active. He/she is creating characters, plots, etc. At least this is what I tell my girlfriend when she catches me playing Age of Empires on my computer instead of writing.

checking you out. make sure you're writing today. :)

I dated Ice Ginger Coffee back in the 80s. I don't want to talk about it.
On the topic of sitting one's ass down and getting something done, Truman Capote said “When God hands you a gift, he also hands you a whip." Too often I whip like a Roman in a Mel Gibson film but still don't get any writing done.
Remember it doesn't have to be good, it just has to be done. You can make it good after it's done.
If any of these work, copy, paste, and send them back to me. because I'm having the same trouble this week.

OK. Today was shot to heck by working 14 hours at the graphics shop. Sqt, I might as well be self-employed at ten bucks an hour, but I try and write every night (or day, whenever I'm not at the @$#%% graphics shop). Von, Sid, Charles, yea yea yea. Same to Sam-Girl. At least I have sections handwritten, not just typed out. And drizel (etain), that was a great paiting sound; you'd be surprised, but I still have a manual typewriter.

Ginger, thanks for prodding me again today. That poster for "Ice Ginger Coffee" was actually pages 2 and 3 of THE SPIRIT#1. He wears a trenchcoat and catches crooks, and whatever pages have the story title on them, you can read the letters for THE SPIRIT, like on a door or window, something like that.

Now I'm off to bed. I have to be somewhere in 7 hours. Guess where? That's right, the @$%$^ graphics shop. (But on the way home, Tenth Planet. Wednesday is new comics day, yay!)

Just dropped by to do a little prodding, (not of the bad alien kind... or is it?) but it looks like you're doing all you can at the moment. Onward!

Wayne, remember, my goal in life is to be the villain of a book. I want to be evil. Horrible. Only don't have me hurting dogs. Anything else is fair game. Yeah.

where am i now? sttttiiiilllll at the graphics shop. its not fair. it. is. simply. not. fair.

Stewart, you cannot be the bad guy in the novel. But I can make you a cranky old guy who drives the Night Ministry bus, how's that? Of course, I'll now have to have a crowd scene along Wilson Avenue where all of you within this shared blog entry walk past the Army Surplus store beneath the el tracks. Sid will always be Willy Sid, the street hustler, and to be honest, I haven't thought about Charles's role in the Uptown neighborhood. Ladies, Sid will be the one to say that there are many real people thinly veiled in my stories and my first novel, THE HOLY TERROR. Bad habit of mine.

...there are many real people thinly veiled in my stories and my first novel, THE HOLY TERROR. Bad habit of mine.

i'll have you know that i "squee" every time i recognize someone. so i don't think it's a bad habit at all! :P