Well, I Didn't Plan This 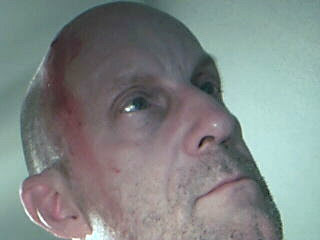 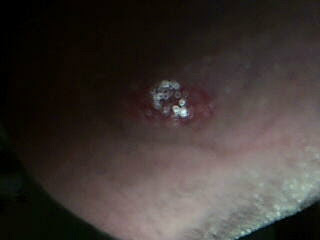 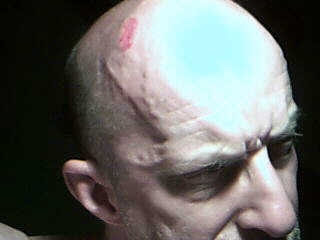 Sometimes, when it gets to be too much, I just spasm out, becoming, well, the real me. It was by far our warmest day this year, it might've hit 90. I had lunch with Greg Loudon, then went to Reckless Records and bought CDs on the cheap of Cannonball Adderly, Roxy Music, and Dizzy Gillespie, bought some great stuff at the Unique Thrift Shop at 35th and Archer (having noticed their 50% off sign on the way downtown), rode my bike to Walgreen's and back, sat with Buddy the Mitch and read a bit of DREAM BABY by Bruce MacAllister. Never once feeling tired, so I kind of expected my brain would pop a rod at some point. It just happens. There's no trigger point. Not in this weather. In winter, a stiff wind will jolt my neck and make me clock out. Not in this weather, though, it can happen any time. I ate Pepe's tacos and watched the Cubs. Nothing. I talked with my agent about a pitch regarding @joymotel. Emailed Horatio Salt, my partner in crime who started it all, just fine. Nothing. Bip bop Bip. Emailed Salem Press about some articles I'd write for their Masterwork Plots books. By now I was quite sweaty, so I thought a shower was in order before I continued with this lengthy writing project I'm involved with.
And THAT is when it happened. Best I recall, I smashed my skull against the side of the soap dish, chest-high, because it was dangling from one end. There's some swelling around the soft tissue area, gee, good thing I bought a Bricklayers Union cap at the thrift store, hey? (For those keeping track, I currently have 39 visible scars). And it hurts like a bitch. But I used that pain to put in the very scene in this writing project that needed it. I think I pulled off a much better Chapter 68 than if it was just another night. Maybe Karma is like Rain Man. Hurt Wayne. Uh oh, Wopner. More of Indianapolis tomorrow. If I wake up. K-Mart, Cincinnati. Three o'clock, Wopner's on.
Posted by Wayne Allen Sallee at 5/22/2009 01:15:00 AM

Damn, man. There you go suffering for your art again. That looks pretty nasty.

Wouldn't you guess it, at the moment I first opened your post it was 11:11.

Criminnee! Hope that you heal up soon! Start wearing a helmet into the shower instead of a plastic cap to cover your tresses from now on. :o)

At least you used it in a positive way for work. Maybe your brain thought, "Not enough gain lately, gotta give more pain." Ouch.

Walter Mosley had some great advice on writing. It wasn't just the old "write every day" shit that all veteran writers like to toss around. He said that you should use your current state of mind and/or physical health in your characters. If you're sick, make a goddamned character sick. If you fall down and bruise yourself, make the fucking character have a bruise. Use it, baby.

I was reading a Mosley novel once--I've forgotten which one (I'm like that--not Mosley's fault), and there was a scene where one guy was beating another one to death. And it was so realistic I had to stop reading the scene and skip ahead. I never did read it. It was just too intense for me. The man knows his craft like few others.

Ouch. You and my dad. Can't leave you alone for a minute.

Ouch! Just...ouch. And what all the others have said.

Be 'effin' careful out there!

Bloody hell... glad you got away with just a bump on the noggin!