Teal Tell All (Then Back To The Old Haunts) 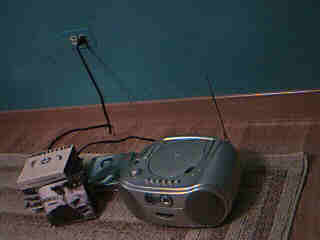 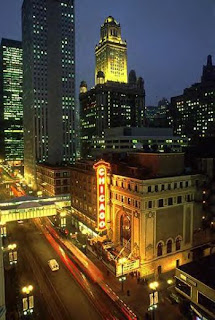 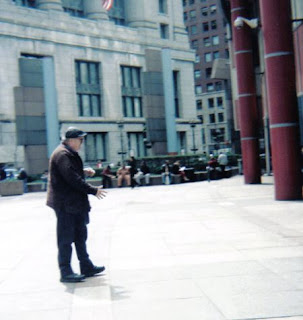 Within seconds of my blog post, Von sent a comment; I felt like Charlie typing in the entry code for Good Vibrations in The Looking Glass and Penny pops up almost immediately. Of course, anybody who doesn't watch LOST will not get this observation, but you could always email Sid or Larry. Sid mentioned a pun on a Wayne shade of teal, which reminds me of a similar line after my late friend and editor of Year's Best Horror wrote "Burst Just Ghostly." I told him the next line must be "turn a Wagner shade of Ka-arrl." (Bastardized Procol Harum's "Whiter Shade of Pale," for you young'uns out there, a song that will be played at my funeral). Charles queried on just HOW teal could be a doorway to madness, well, it CAN be. But I have Johnny Cash and Robert Mitchum as my gatekeepers.

Back to the Draculs (no typo) and Am'tyville thangs. Old Haunts, Night Two. I hardly get to downtown Chicago anymore, certainly not during the day. I miss seeing my fellow meltdowns, like old Ellroy trudging back to the Thompson Building, mumbling to himself. And probably in a better state of mind than me. Maybe he's talking with a ghostly Karl Edward Wagner or tapping out Baa Ba Baa BA BA bum ba5 over and over in my, um, his head.
Posted by Wayne Allen Sallee at 6/12/2007 09:29:00 PM 5 comments: