I have downloaded the photos I took in Kentucky, but it will take me a while to reduce them in size, because I have a lot of them. So I'll finally start posting the photos of Chinatown, taken on the way to meet Mark at the lovely Chinatown Hovel, um, Hotel, and after that we went to see Diana in Oak Park. 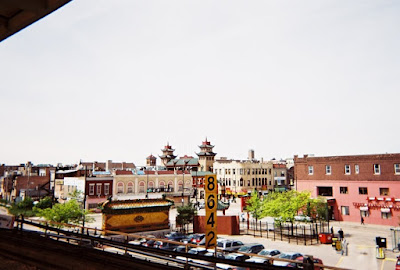 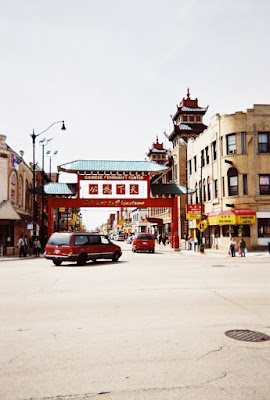 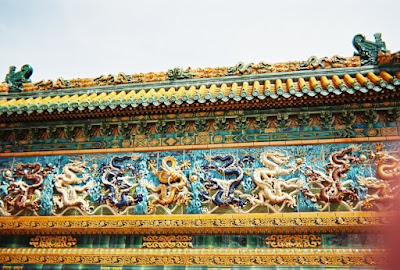 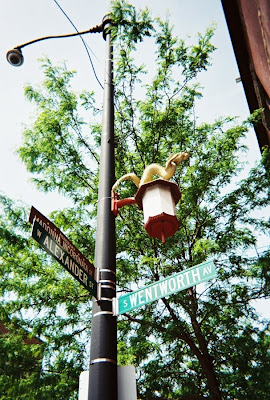 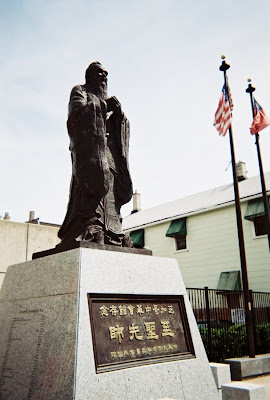 The first photo is from the Cermak-Chinatown el stop, even though the diagonal road to the right is Archer Avenue. The Cermak Avenue bridge is just north of Ping Tom Park, so before Chinatown expanded in the 90s, there was a more direct route to Cermak. Then the direct entrance into Chinatown, and I think I'm wrong saying that this is Wentworth Avenue, that might be a block further west. Regardless, there is some ornate entrance above a small concrete area where a lot of old men were reading the Sunday paper. I've included other shots I took as I walked towards the Chinatown Hotel on 21st Place, and when I post those shots, I also took photos of several two and three flats along that street.
Posted by Wayne Allen Sallee at 6/09/2010 11:49:00 PM 2 comments: 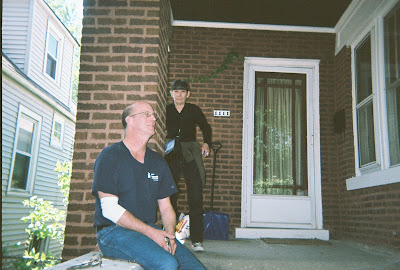 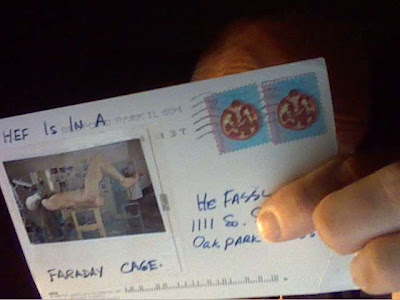 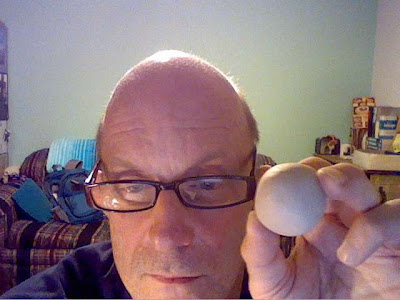 More Harry Fassl stuff here. First, a photo Mark took of Diana and I in front of the residence, and remember, 1111 was a part of my cursed life in 1985, I did not meet Harry & Diana until 1992. We were in the basement, and there was the last postcard I sent Harry, still on his desk. Diana let me have it. I'd email Harry crazy stuff, pulling formulas off Wikipedia about Faraday cages and whatnot, then cut & pasting only a random part of the equation. Craziness. All us old guys have left. You might question the ball of clay. Harry had taken up sculpting, and Diana offered Mark and I a lump, and I accepted. The saddest thing, on the desk was a photo from my 40th birthday, my sis threw it as a surprise. A black and white photo of me & Harry cropped, ready to get slapped on a postcard with some funny saying. Maybe it would have been about Faraday cages. Son of a bitch.
Posted by Wayne Allen Sallee at 6/09/2010 12:27:00 AM 1 comment: