I Wish I Had Candy Bars For Elvis, P.I. 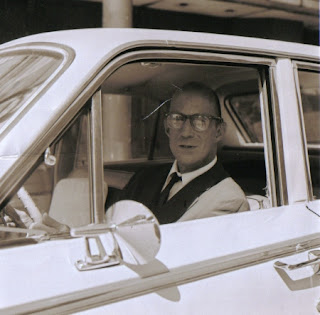 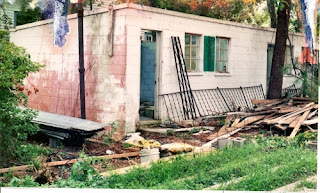 I waited too long and by the time I drove past the old Colony Theater towards Rockwell, the place was already gone. Not a meth lab, not the place where they tortured The Black Dahlia. Nope, it was the place that had the lyrics for "Candy Bars For Elvis" by Barry Tiffin on an actual sheet of type-written paper. This guy is sleeping in the back of his pick up truck, curiously directly behind the back door to the RCA recording studio, when a man came out and gave hom twenty bucks to buy some candy bars for the King. Well, it turned the guy's life around, he got a job someplace, maybe he got married, I forget the idiotic and whiny details. But it gets better. See, this guy was recollecting the nadir of his life--much like I did recently, only this guy owned a truck and was in warmer weather--and in the present(1991, when the record was released), he laments that if could only see Elvis alive again he'd give him some...candy...sniffle...bars. To show you how little there is on this song, I put Jonny Algiers on the job, he went to ElvisPedia and found this:

So I wasn't making that part up. Oh, and the best line of that Private Eye song was that "he met more chickies than a Girl Scout leader," and that's downright creepy, if you think about it...Wayne
Posted by Wayne Allen Sallee at 2/25/2008 11:11:00 PM

Labels: Candy Bars For Elvis, I Wish I Was A Private Eye

I'd say something, but I'm too busy laughing at that Girl Scout comment! Great, great stuff!

Creepy, indeed! Almost as creepy as a vacationing guy using a telephoto lense to take a photo of a bride's huge bazooms as she rides down the street in a horse-drawn carriage.

You look the part.

*LOL @ Charles.*
Yes, one of dozens of very creepy lyrics through the ages...

I have heard "Candy Bars for Elvis" several times on Jim Nayder's "Annoying Music Show," usually in observation of Elvis' birth or death. A masterpiece of awfulness.

You're right about that "more chickies than a Girl Scout leader" line. Brrrrrr! It's chilly enough out there! Keep an eye out for that pickup truck!

-- Rich
(not feeling well enough to go for the candy bars)